News from Our Show Manager
Thank you for your on-going commitment to the Summit Racing Equipment I-X Piston Powered Auto-Rama.

The application process for the show is NOW OPEN. The cost will be $50/per vehicle. Learn more about the registration process here. There are four application options for the 2023 show at the I-X Center in the following categories:

The Concourse:
The I-X Concourse, hosted by the Northern Ohio Car Club Association, has been well-known for its premier level of vehicle selection and a slice of history, car community and car club clubhouse. Formerly the cafeteria during the Cleveland Tank Plan, the Concourse will feature a ten-car display of Central Office Production Order vehicles known as COPO’s from General Motors. In the late 1960’s, General Motor used the COPO process to get a variety of special vehicles into the production pipeline. These included special fleet orders and the legendary high-performance race team and production 427 cars, which rolled off the production line and onto our streets. See this very special display of 1967-1970 cars and rare memorabilia in the Concourse. 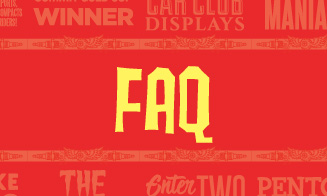